"The most important thing is the soul" - Koulla

George Nikolaidis, a craftsman shares the room with the painter and poet Kyriaki Nikolaidou his daughter and they represent an artistic family. George received the Diary of an Angel from Halkios in person on the 4th of October, 2010 and Kyriaki on the 7th of August in Piraeus, Greece, three years later.  They placed their Memories and Dreams their artwork, photographs of George's creations made of broken colored glass which gives use to the broken crockery of the house and also offered Andrea's Box, a jewelry box covered with shells collected by the years from Benghazi's coast, which he made with his beloved Androulla in the 60's and now is part of the Diary's Treasure Trove of Memories and Dreams see: Treasure Trove

Kyriaki Nikolaidou placed two photographs of her paintings The Children of Shahar who have been used in one of Halkios' Halkoems and her poetry Beauty. Their chapter is Chapter XVI (16th). Their passage Family leads to room 603 of the sixth floor The Art of Orange of the City of Gold, which they watch over. George's color is black, so they received a black ostrich quill from Halkios and Kyriaki’s red so she received a red goose quill from Halkios. 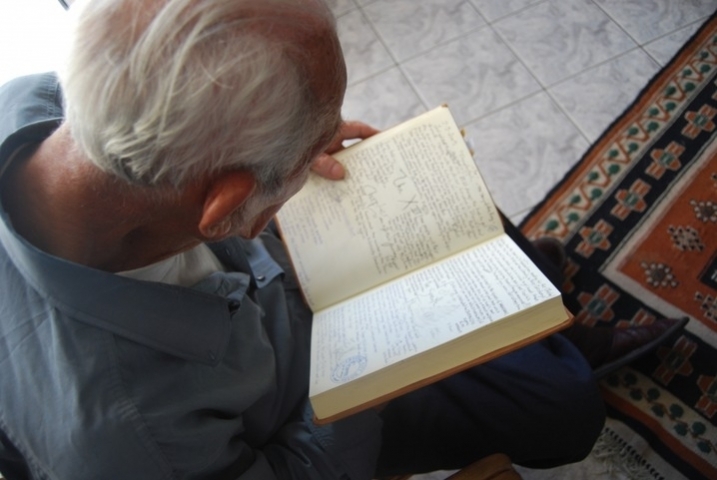 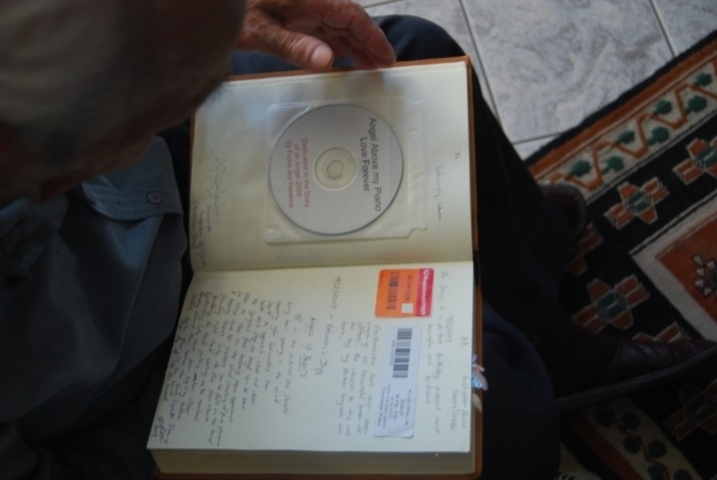 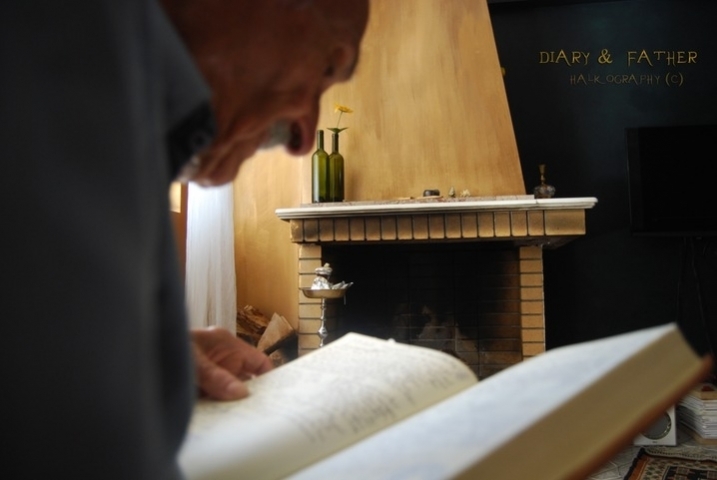 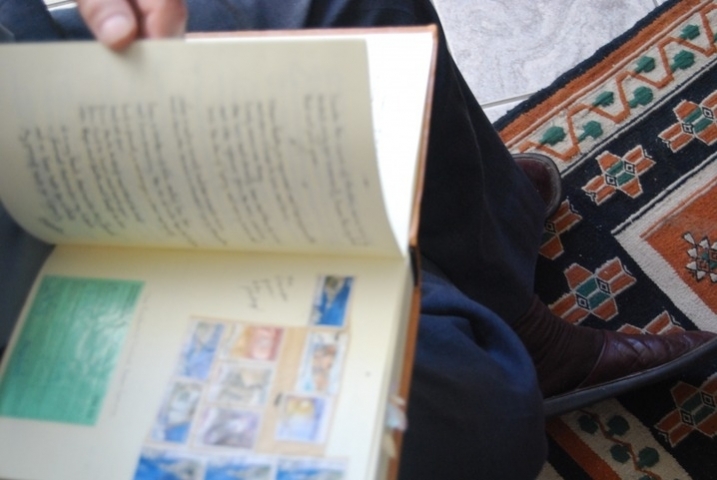 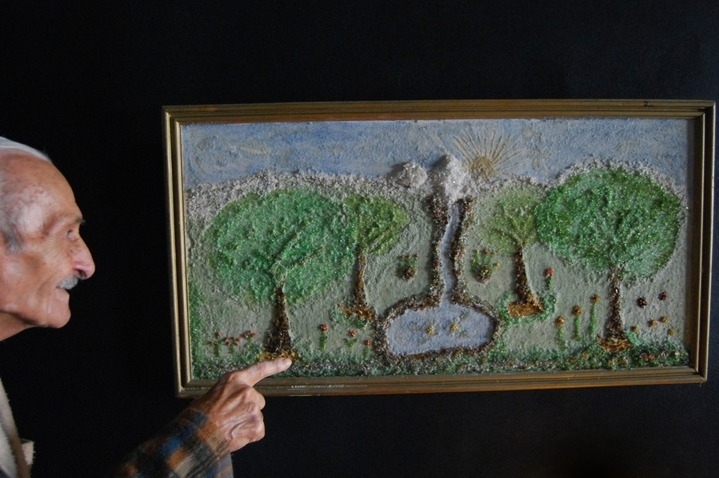 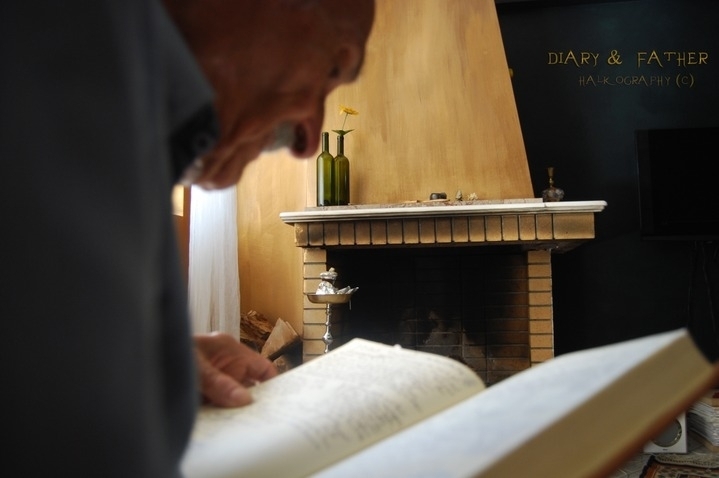 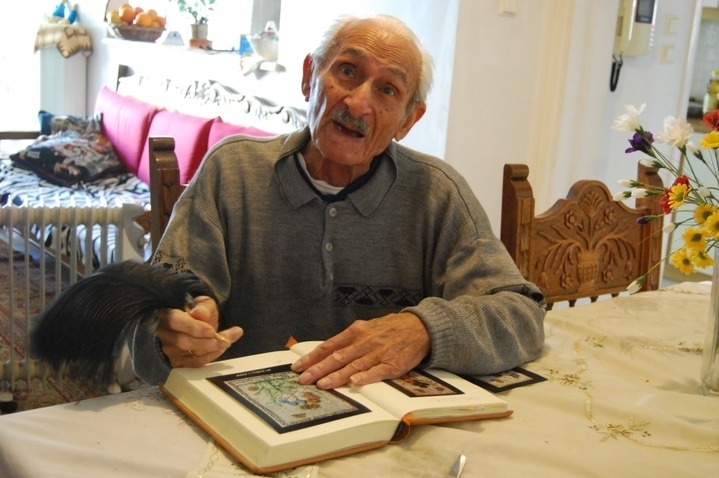 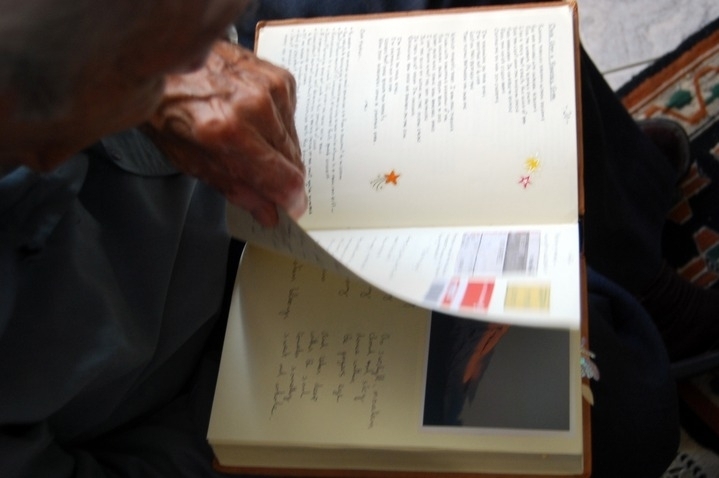 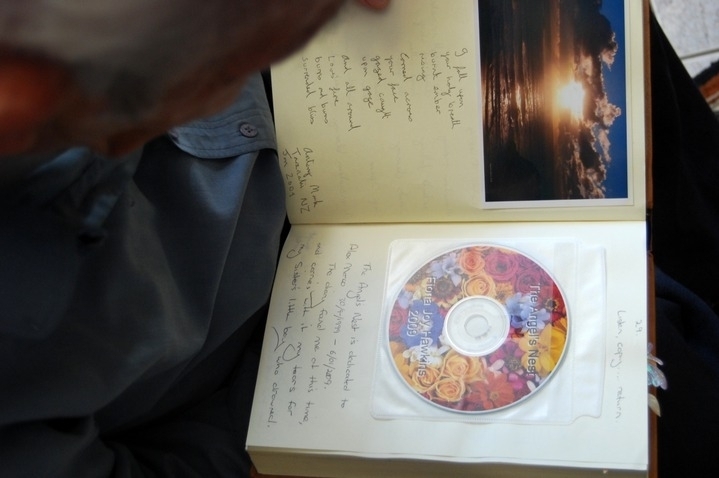 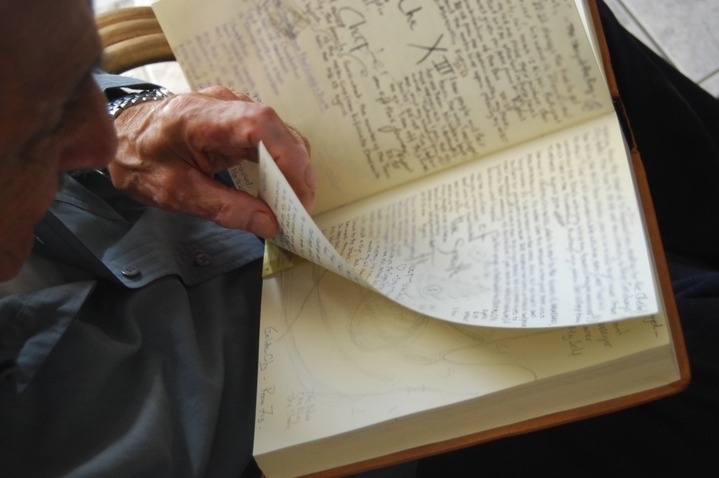 George's  and Koulla's Door will give you access to their  biographies and it will open when the Diary reaches Apostolos Andreas Monastery. Beyond the door below you will find more about the artist and her works and her relation with the project. You can find more about the official campaign of the Diary of an Angel and about the journey in Cyprus called Odoiporiko (Οδοιπορικό) by clicking on Connect and Collaborate, on the left.