"Life is not about how much money you earn,

its about how much love can be shared"

Steven received the Diary of an Angel from Fiona Joy Hawkins on his birthday on the 9th of February, 2008. He placed his Memories and Dreams in the Diary, two poems Angel's Of Beauty and Clouds Above, on the 19th of February, 2008 in Australia and sent it by post to Aurora Narvaez in Manila, Philippines. His wife added one poem a tribute to him called Prince. The passage Australian Prince leads to room 708 of the  seventh floor Red of the City of Gold, which he watches over. His color is black and he received a black quill from Halkios. 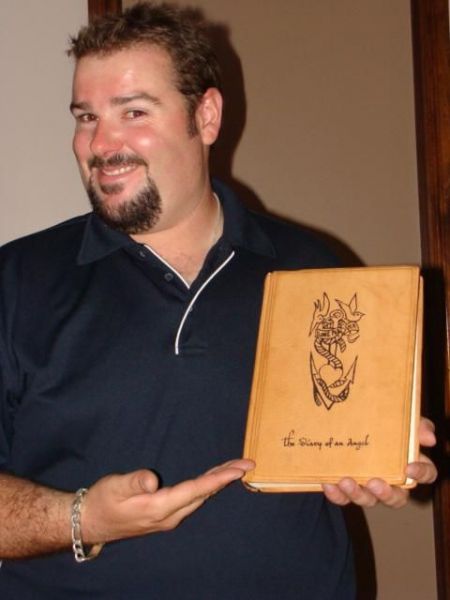 Steven's Door will give you access to his biography and it will open when the Diary reaches the ancient site of Vouni Palace. Beyond the door below you will find more about the artist and his works and hisrelation with the project. You can find more about the official campaign of the Diary of an Angel and about the journey in Cyprus called Odoiporiko (Οδοιπορικό) by clicking on Connect and Collaborate, on the left.